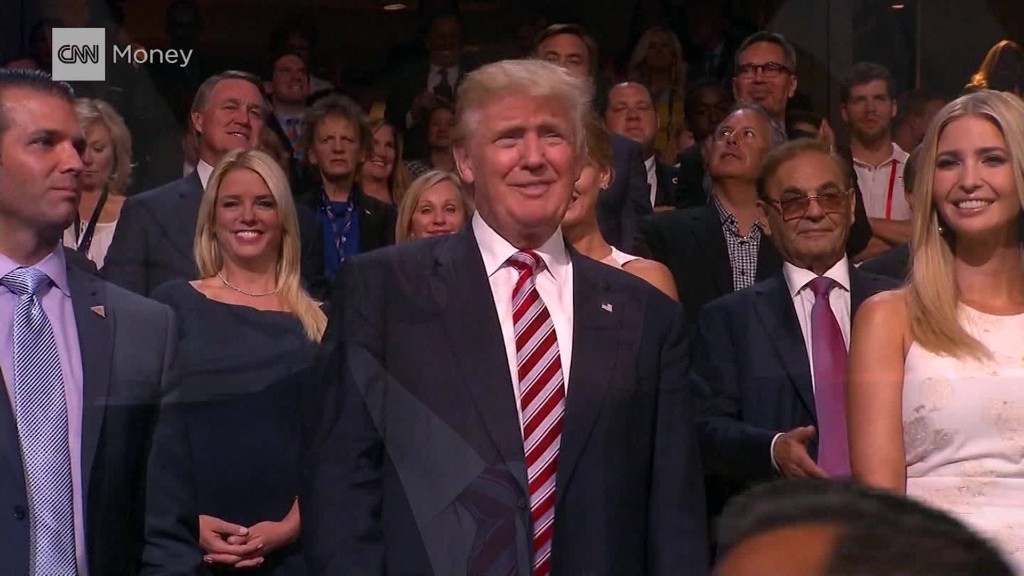 The U.S. President-elect and his family want a Trump Tower in Buenos Aires, Argentina.

The question is whether Donald Trump and his children are using their newly found political power to push the deal across the finish line. It would raise questions of yet another conflict of interest between Trump’s business empire and the White House.

Mr. Garavano said the Justice Ministry would not appeal a court’s decision last year that declared the pact, signed in 2013 by the previous government, unconstitutional.

The previous government, led by Cristina Fernández de Kirchner, had filed the appeal. The move by President Mauricio Macri’s new government, however, is a signal that it wants to put an end to the matter.

“We are instructing our lawyers today to cease the appeal on Monday,” Mr. Garavano, who was sworn in on Thursday, said Friday in a telephone interview.

The pact, signed in January 2013 by Argentina’s former foreign minister, Héctor Timerman, and his Iranian counterpart, Ali Akbar Salehi, proposed the creation of a joint commission to help solve the 1994 bombing, which killed 85 people.

Argentine prosecutors have accused Iran of being behind the attack, a charge that Iran has denied.

Alberto Nisman, the Argentine prosecutor who led the investigation, died this year of a gunshot wound to the head in mysterious circumstances. Mr. Nisman had claimed that the pact was part of an effort to disguise a secret deal arranged by Mrs. Kirchner in which Argentina would receive trade rewards from Iran in exchange for shielding Iranian officials from charges that they had orchestrated the bombing in 1994. Mr. Nisman’s accusations died in Argentina’s courts.

Jewish leaders, some victims’ families and the political opposition to Mrs. Kirchner criticized a provision of the pact that called for Argentine investigators to interrogate the Iranians in Tehran, saying it could pave the way for impunity for the suspects. Mrs. Kirchner’s administration said it was the only way of moving forward with the unresolved case.

The pact was approved by lawmakers, but it was declared unconstitutional by judges in a ruling last year because it was considered an overreach by the executive branch. Mrs. Kirchner’s government had appealed the decision to a higher court. In a turn that highlighted the acute politicization of Argentina’s judiciary, two of that court’s judges were then recused in moves backed by Mrs. Kirchner’s supporters, and controversy surrounded the process to replace them.

“There were a series of judicial controversies that turned it into a scandal,” Mr. Garavano said, referring to the recusals. He said those controversies had influenced the decision to cease the appeal, adding that it was a political move ordered by Mr. Macri.

Mr. Macri is seeking to reposition Argentina internationally. In addition to the decision in the Iran case, he has also promised to review aspects of Argentina’s relations with Venezuela, China and Russia. The only thing worse than mocking an accent heard in another country is doing it publicly, via Twitter, when you’re the president of Argentina, while you’re in that other country on a high-stakes diplomatic visit.

Argentine President Cristina Fernandez de Kirchner made a strange attempt at humor Wednesday morning when she took to Twitter during a meeting with Chinese President Xi Jinping. Rather than chronicle the discussions, which were centered around the South American economy’s need for foreign investment, Kirchner instead made light of the situation by poking fun at the Chinese accent.

“Vinieron solo por el aloz y petloleo,” Kirchner wrote, replacing rs with ls in both instances. The English equivalent would look something like this: “Did they only come for lice and petloleum.” Here’s the full tweet, which, as you can see, has been eagerly retweeted and as of 12:30 p.m. still hadn’t been deleted:

Kirchner, to be fair, did follow up with a half-apology, which blamed “ridiculousness” and “absurdity” for the need for humor. “If not, it’s very, very toxic,” it said.

But what Kirchner seems to misunderstand is that her sense of humor is questionable at best. It was in poor taste for her to mock an Asian accent, especially while sitting with the Chinese president, negotiating with him, no less, for money.

Argentina has been working with China to secure a currency swap, which will help Argentina boost its dwindling reserves. And that’s on top of the billions Argentina already receives from China each year. Why make fun of the hand that feeds you? Who knows.

Kirchner’s tasteless tweet comes on the heels of a separate and much more serious public relations problem. A leading prosecutor investigating the bombing of a Jewish Center in Argentina in 1994 turned up dead shortly after accusing the Argentine government of working to cover up the inquiry. Kirchner originally called the prosecutor’s death a suicide before backtracking on her suggestion and saying instead that the death was part of a plot to undermine her government.

Kirchner’s approval rating has fallen by seven points since November and now stands below 40 percent, according to a poll conducting Wednesday morning by Carlos Fara and Associates. It’s hard to imagine this latest gaffe will help reverse that trend. Roberto A. Ferdman is a reporter for Wonkblog covering food, economics, immigration and other things. He was previously a staff writer at Quartz.